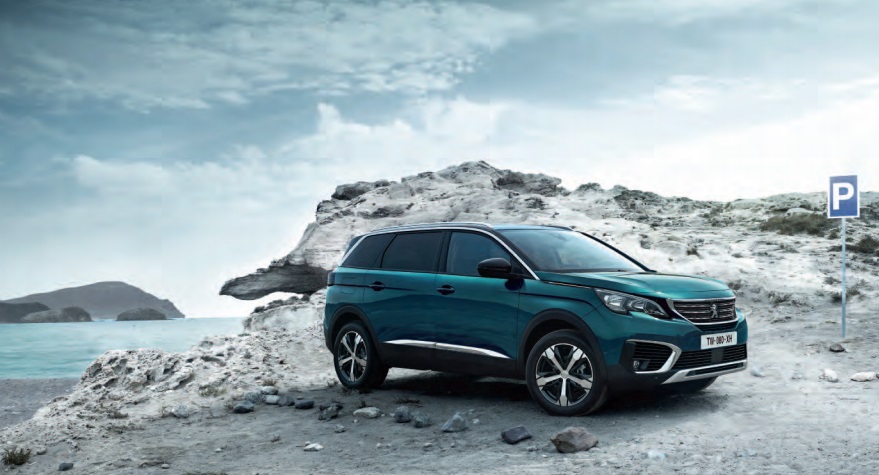 Let’s have a look at what Peugeot has achieved to kick off 2019!

Peugeot has continued its strong run on the awards circuit in January 2019. The Peugeot 3008 claimed the title of Irish Car of the Year for 2018 in association with Continental T yres. The 5008 has also taken the spotlight as “SUV of the Year”.

The Peugeot 5008 has won the 2019 “SUV of the Year” at the 2019 Company Car Today CCT100 Awards. Commenting on the 5008 SUV award, Company Car Today Editor, Paul Barker, said, “The 5008 SUV does a great job of combining style and practicality with the sensible elements that make a great business car, such as impressively low emissions figures that lead to low running costs. It’s a fine illustration of how far the PEUGEOT brand has moved with its latest products, and very worthy in retaining the CCT100 SUV of the Year title.” The 5008 also won at the “What Car? Car of the year” awards for 2019. The model won the “large SUV” of the year for the second year running.

It has also been an exciting month for our Partner Vans. The inaugural Great British Fleet Awards, a prestigious new ceremony, took place in London this month. There were 20 categories for cars, with Peugeot vans claiming two of them. The Peugeot Partner Van claimed the “Small Van of The Year” & the “VFW Van of The Year” on the night. “The all-new PEUGEOT Partner is such a departure from its predecessor and such an improvement over it, that this was an easy choice for the judges”, said Van Fleet World Editor Dan Gilkes.

Peugeot’s innovation has continued in Ireland and around the world with its SUVs, vans and range of 191 models. 2019 is already proving to be a prosperous and exciting year for the brand.

Sandyford Motor Centre is your no.1 South Dublin Dealership for Peugeot. Visit us in Sandyford or call us on (01) 206 9200 before choosing which model is right for you.

Why you shouldn’t put off that car service
By Sandyford 10/09/2021
Don’t be tempted to ignore your car service schedule Too often a car serv......
Read More

A good set of tyres is essential.
By Sandyford 10/08/2021
The tyre is the only point of contact between the car and the road so play a vit......
Read More
News Categories:
All NewsOffersPeugeotCar History CheckElectric Commercial VehiclesRoad TripsElectric CarCar TyresCar MaintenanceNCT
Recent Posts:
Why you shouldn’t put off that car serviceA good set of tyres is essential. Electric, Hybrid and Phev cars a quick guideOn the Road Again!The many advantages to switching your commercial fleet to electric drivingA Comprehensive Car History On All Our Used CarsPeugeot 208 and 2008 – Not just the top choice for women car buyersA New Peugeot van for 2021?A Quick Guide to Insurance for the First Time Buyer
Customer Info
Location Sandyford Motor Centre,
Unit 1, Birch Avenue,
Stillorgan Business Park
Sandyford,
Dublin 18
view map location
Contact Info T: 01 2069200
E: sales@sandyfordmotorcentre.com
Quick Enquiry